Update: The bike path was opened as planned by Governor Cuomo today. The Journal News reported that hordes of cyclists and walkers, most of them in masks, waited for the path to open up at 2 p.m.There are restrooms at both ends of the bridge, but not on the path itself. And the path is under video surveillance by State Police.
Walking the total pathway is expected to take around 80 minutes, and biking the pathway, without stop, would take about 20. 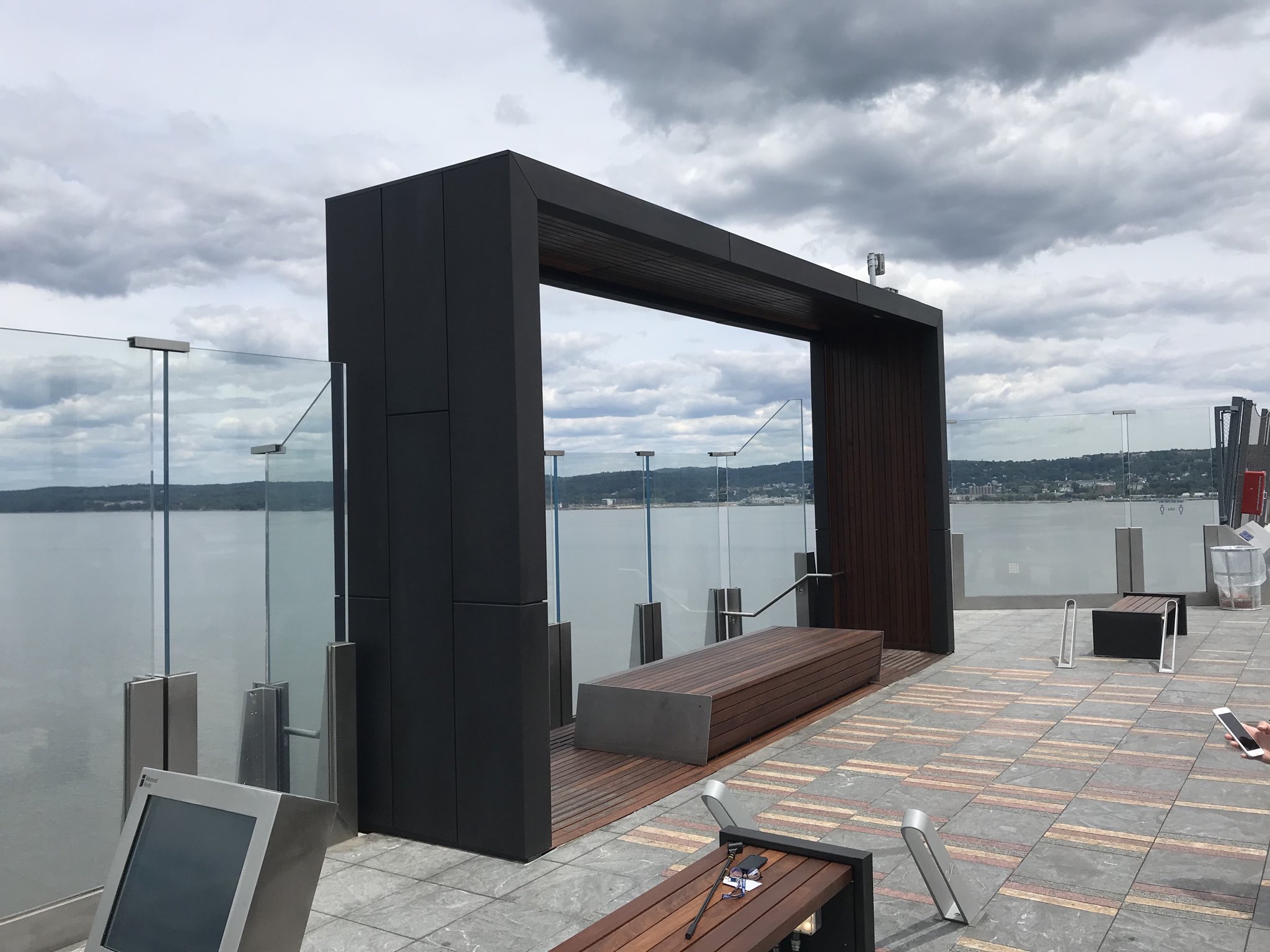 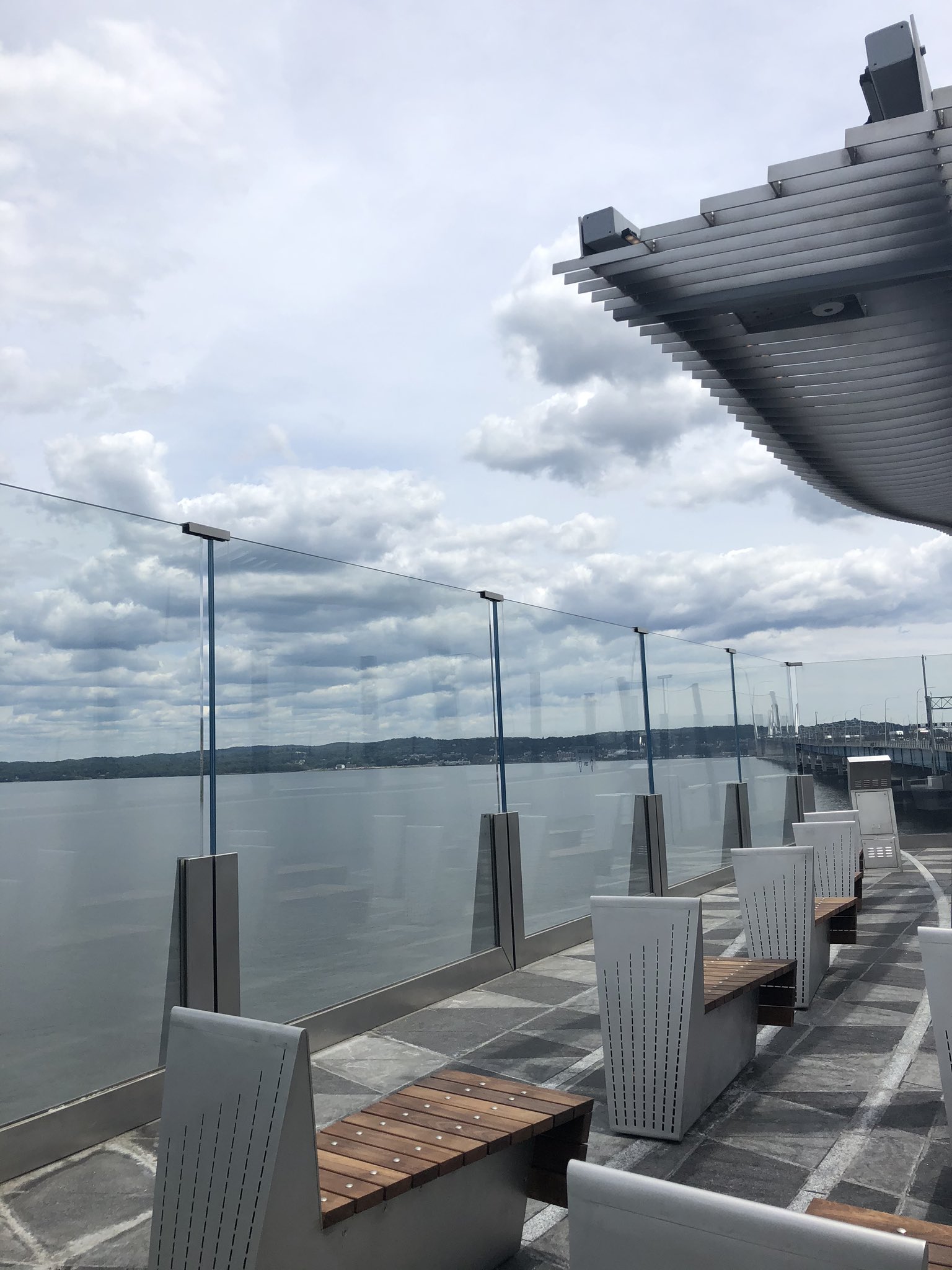 Fish and Ships – A scenic view on the bike path with “fish seats” and a ship hull overhang (Picture: Isabel Keane – Lohud.com)

Governor Cuomo will be in Rockland County tomorrow for a ribbon-cutting ceremony at 2 pm for the Mario Cuomo Bridge Bike and walk-path. Tomorrow is June 15, the 88th birthday of Mario Cuomo, the governor’s father, and the bridge’s namesake. It’s a year behind schedule but promises to be well worth the wait. Bike Stores have been doing a brisk business lately, as closed gyms forced the public to look for other ways to exercise. Having such a  bike path around with stunning Hudson River Views will be a big draw and bring business to surrounding communities. So, of course, local retailers like Tarrytown’s Sleek E-Bikes are looking forward to this opening.

There are plazas at both ends of the bright blue 3.6-mile-long path, and the path will have six scenic outlooks or “belvederes,”  which will have Free Wi-Fi for those folks who cannot leave the world behind. The 12-foot wide path is on the northern side of the westbound span of the bridge separated from traffic by a concrete barrier.

However, there were disagreements. According to Lohud.com, the Thruway Authority had consistently refused to announce the hours the path will be open, which is a hot topic in the South Nyack neighborhood where the path ends.  South Nyack Mayor Bonnie Christian has fought plans to keep the path open around-the-clock, as they don’t want night visitors.

Dan Convissor, President of Bike Tarrytown disagreed.  “The state is closing the path from 10 p.m. to 6 a.m.,” Convissor wrote. “This is a national transportation facility. It should be open 24/7.”  In the end, it seems like South Nyack will have it their way, and the path will be open from 6 a.m. to 10 p.m.

What you can’t do on the Cuomo Bridge path

What cyclists are expected to do on the Cuomo Bridge path